The Marathon started at 9am and after a brief run through the village centre we hit the first ascent which goes on for about 3.5 miles and it a brutal way to start the race. After finally reaching the top there is a brief downhill until you reach a turnstile, which is the only way to cross over one of the farmers land and because of that there was quite a que of people getting across. Once across the turnstile you can finally stretch your legs and get some downhill running, crossing over grass and bogs and you get to see some stunning views of the countryside. Not for long though as not far around the corner was a slate hill where you had to climb over a huge pile of slate. After that climb we were running on flat land until the check point at 6 miles. Once through the check point and realising how long it had taken to complete the first few miles myself, Pete Morris and Suzanne Bates knew that we needed to get going if we were going to make the checkpoint at 2:15, which we were told was at 18.8 miles at Pen y Pass. The next 10 miles were undulating with plenty of turnstiles to climb over, hills to go up and down, stone tracks, gravel paths and thin trails to run through including running around a beautiful lake at mile 13. 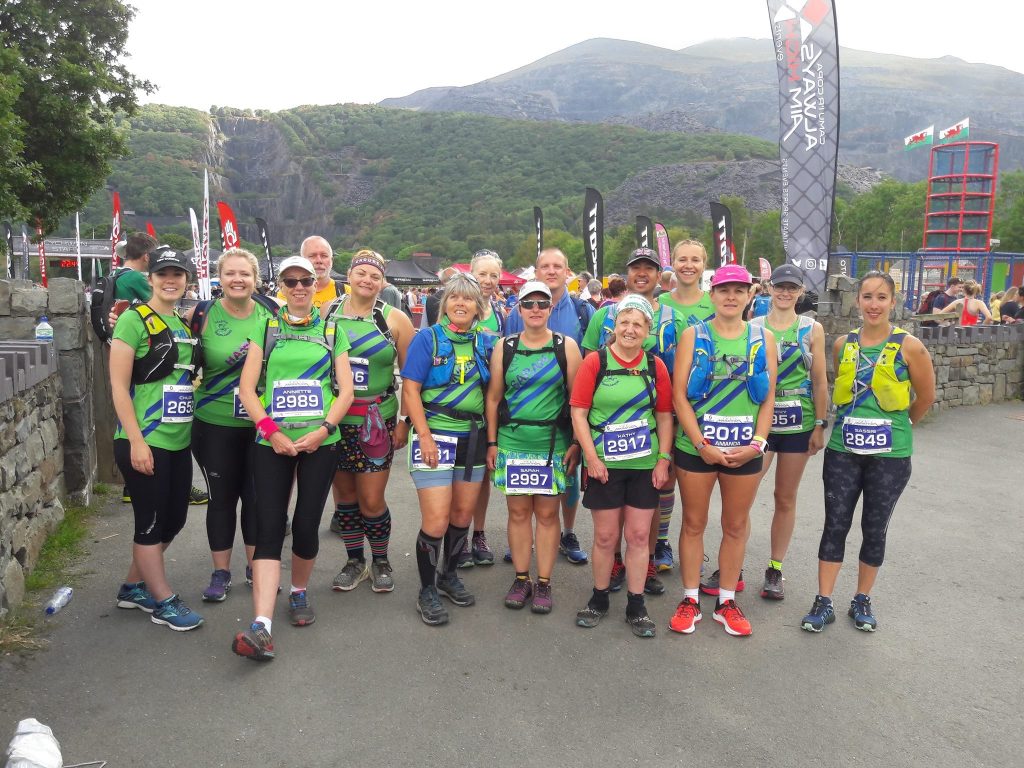 At 17 miles we had 35 minutes till cut off and felt that this was enough time to get there on time, however I was not expecting that the next few miles were going to be so brutal! Incredibly steep hill that just seemed to go on and on and on and at 2.15 I was at 19 miles and the cut off was no-where in sight, feeling incredibly deflated I thought I had missed the cut off but just had to keep on going as I was determined to complete the race. I finally reached the check point at 2:28 and was happy to know that the cut off time had been extended until 3pm and so I was all good to carry on. Pete Morris was already there waiting and Suzanne came in just after and we were told we were ok to go and we were the last people to leave to climb Snowdon. All runners after us were told they could not continue. 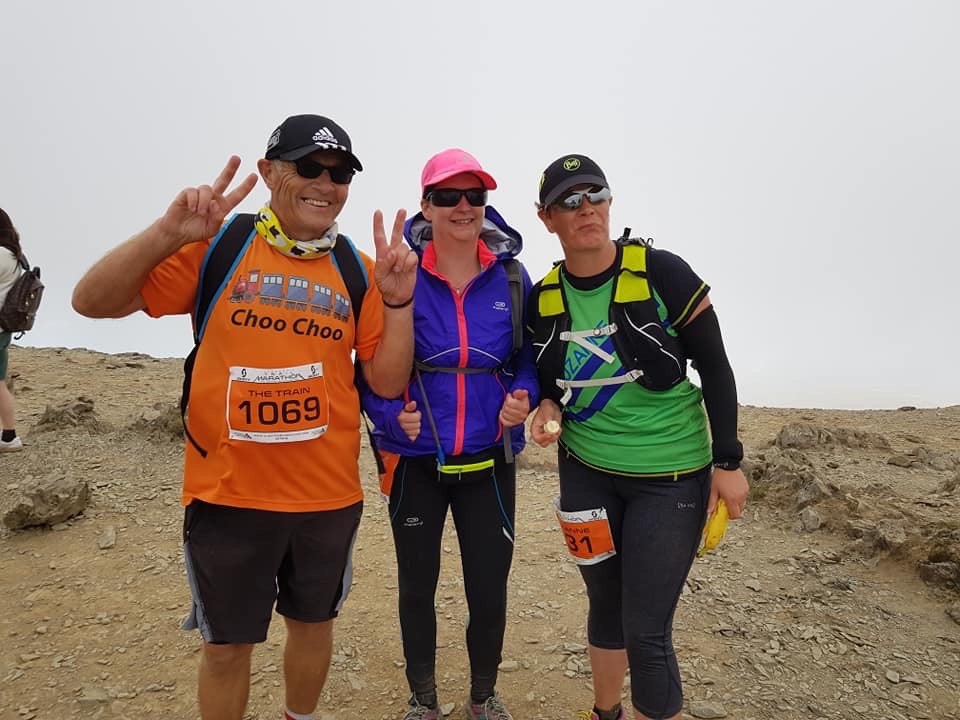 Now the hard work started, the first part of the climb is large rock boulders that you can step up, once at the top we went around the side of the mountain and had 3 tough miles to the top. The inclines just kept on coming and coming and at some points you had to physically climb on your hands and knees to get up. Finally, we reached the top, absolutely shattered all I had in my head is that I needed to finish and I needed to finish as so as I could and so from somewhere I managed to get the energy to run all the way to the finish, physically my body was absolutely broken but mentally I knew I was going to finish and so I put my big girls pants on and just ran. I finished in 9:22:13.

The Ultra has 7000ft of climbing over 60km and this was the first year that the event has held an Ultra distance. The race was won by Reading Roadrunner Rob Corney in a fantastic time of 5:56:05 The Ultra was also ran by Peter Higgs who is now the only person that has ran all 4 distances at this event and he came in at 12:12:58. In total there were only 151 entrants and 15 of them DNF which shows just how tough the course is. 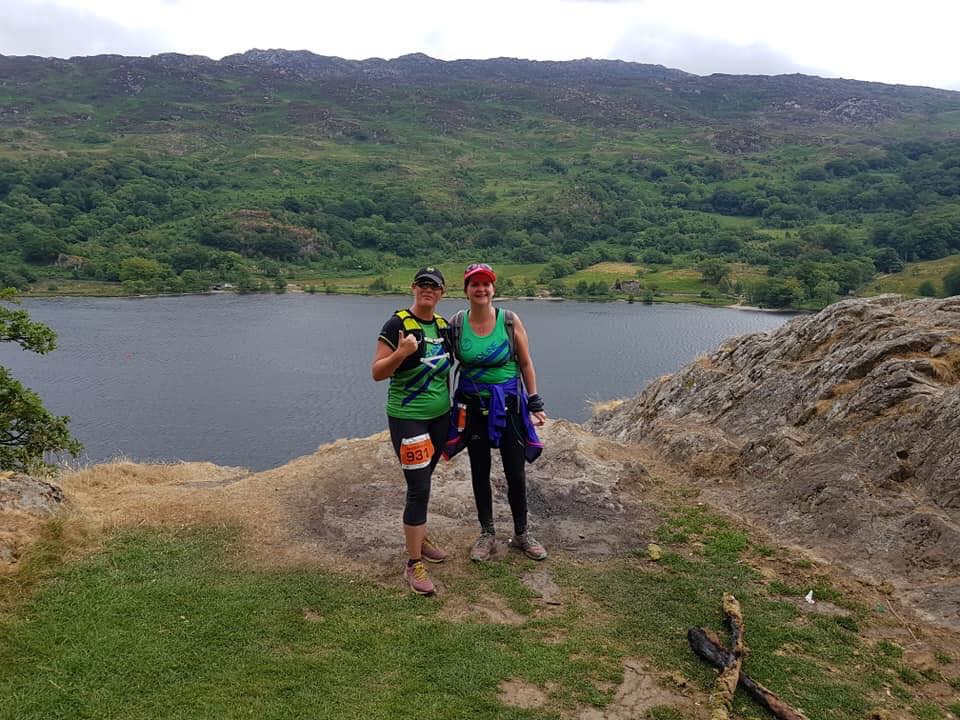 The half marathon takes a different route up to the top that doesn’t involve climbing, however is still the toughest half marathon that I have ever completed and was taken on this year by numerous Roadrunners. Clive Bates, Chloe Lloyd, Amanda Rosser, Tina Woffington, Sarah Richmond-Devoy, Veronika Royle, Andy Dingle, Nicola Gillard, Kathy Tyler, Helen Grieves, Linda Wright, Hannah McPhee, Sarah Drew and Gill Manton. And Chris Manton tackled the 10k. 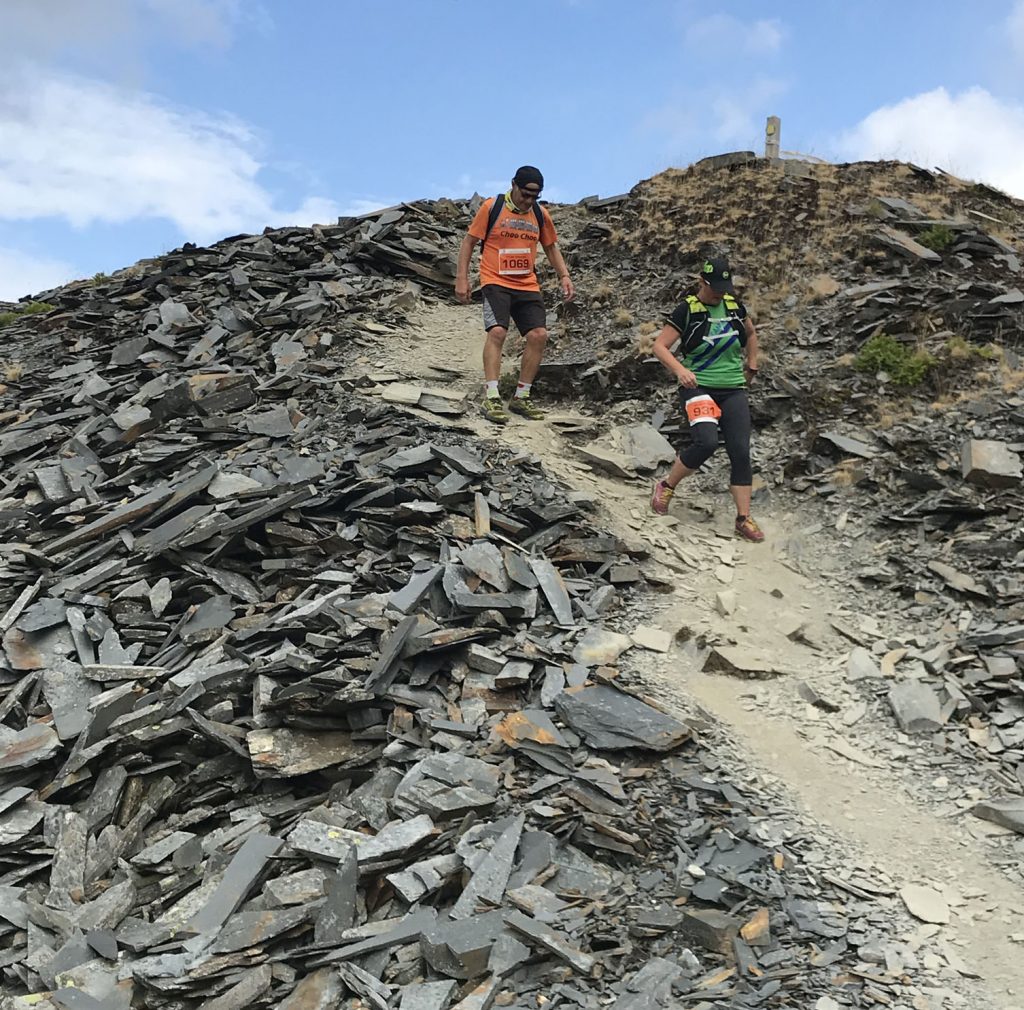 If I could sum this race up in one word it would be BRUTAL!! However, it was one of the most stunning courses I have ever done and is both mentally and physically challenging. If you are looking for a challenge I would recommend this race. Just make sure you enter nice and early and book your accommodation as both sell out incredibly quickly.