Following a thoroughly enjoyable race in Reading with a speedy team, a post on the busy Endure24 Chat Facebook caught my eye. A team from the Midlands were short of runners and appealing for somebody to stop in and give them confidence to take part. I wasn’t fully-recovered from six hard laps (yes solo runners only 6) at Wasing Park, but thought: Why not? Meet some new people, feel good about helping out, no pressure and a stack more miles in the legs. 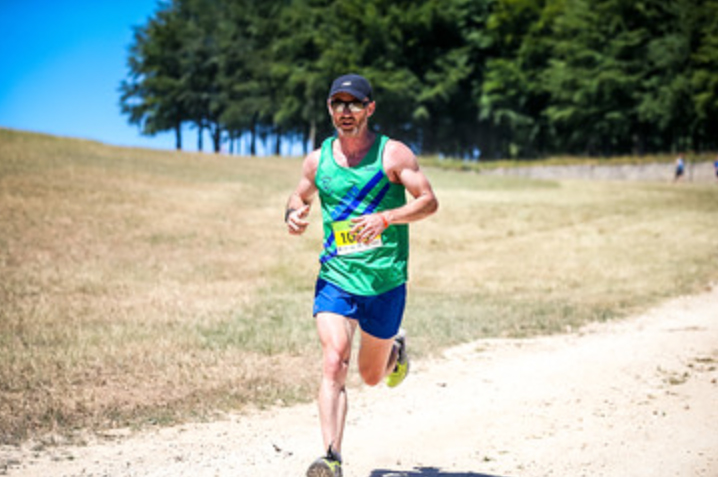 On arrival at a sweltering Bramham Park I found the Midland Deaf Team. They’d already setup a caravan and a few tents set up in the motorhome area. This was a result as I was able to park my car in our camp for the duration. Even better – pasta was cooking and my new pals insisted I scoff a few platefuls. Carbs consumed, we promptly found the bar and chatted more about the Midlands than race tactics. They all live near Rugby and, hailing from Coventry, I used to play rugby against Old Laurents RFC where a few of them are active members. It is a small world. There were hearing folk among their party that were able to translate my drivel. We got on like a house of fire – so much so we’ve entered Leeds 2019 together. They are also coming to Reading for the first time next year.

For those that dont know Endure 24 is billed as Glastonbury for runners with camping, music and food. You can run or walk it as a team, a pair or solo and you have 24 hours to complete as many laps of the five mile trail as you can or want to. There are marshals every couple of kms and a fuel station half way round the lap. Encouraging signs point the way and fairy lights adorn trees, buildings and the odd marshal. There’s amazing support, slick organisation and a festival-like event village with thumping dj tunes, food, trade stands, music, showers and a massage tent.

The Bramham course felt marginally faster than Reading with nothing like Heartbreak Hill to zap the legs. The chalky tracks were looser underfoot creating far more dust and reflecting so much light that sunglasses were essential. It was, in my opinion, mentally harder. With less distinct chunks than Reading and it felt more relentless.

The loop starts with largely downhill first kilometre along a tree-lined track and under the first ENDURE24 banner. This is followed by a drag uphill (similar to first km at Reading) through woods before flattening out past the Temple of the Lead Lads, which is adorned with fairy lights overnight. Then there’s an open section leading downhill to Temptation Corner, where the SKAbus was parked and Cliff and Mark Saunders from Roadrunners danced around to Madness for the whole event while handing out shots of energy drink. Up a rise to the first gazebo where marshals in hula skirts danced urging runners on towards The Deep, Dark Wood – the only cool area and a short but welcome break from the dusty gravel. Slight downhill to Shambles Café, a water station offering Clif Shot Blocks marked half way. The fastest descent follows before a sharp little incline to the next marshal point in a copse. Back into the open and onto Festival Field. Then a long stretch that was the hottest part of the course. Round a bend then another descent past another giant ENDURE sign, up an incline onto another tree lined path. From there the start/finish is in sight, under a Mizuno banner and past a giant inflatable trainer before a dip and rise to the end of the lap.

After the kind of night’s sleep that’s normal on cider and a roll mat, the scorching weather saw us up early and deciding on our race plan. The team decided to set me off first with no real idea how many laps we’d each complete.

In the race village I found a few more green vests. Rachel Derry and John Saunders were both running solo. I promised to run with them during the night. Sorry guys. Next time I’ll take a pen, note phone numbers and discover where tents are before it gets dark. The start was like a big city marathon with a Mizuno gantry and chip timers. For a wally like me that means adrenaline overdrive. True to form, I nudged my way to the front and set off far faster than sensible as the crowds hollered and music blasted out. There’s something about chasing a lead car that does funny things to a deluded forty-something – even on one of the hottest weekend of the year!  The exact same 3:30 km I kicked-off with at Reading. Way, way too fast, but plenty of coverage for the green vest on the Endure start videos. A solid first lap coming in about 10th.

Back to the tents for banter and rest, then two laps back-to-back. Our predicted first lap times had been fairly accurate. I was running laps in around half of some of the others. Folk were wanting to stay out of the sun and they were keen to ensure I got a decent number of laps in/similar time on the course. A couple laps overnight (one of these after text as I into not my sleeping bag asking if I’d be happy go again as others were falling apart), saw my fastest runs as the temperature had dropped and breathing was easier. The Leeds course was far more predictable underfoot, so easier to hammer it wearing a head torch. 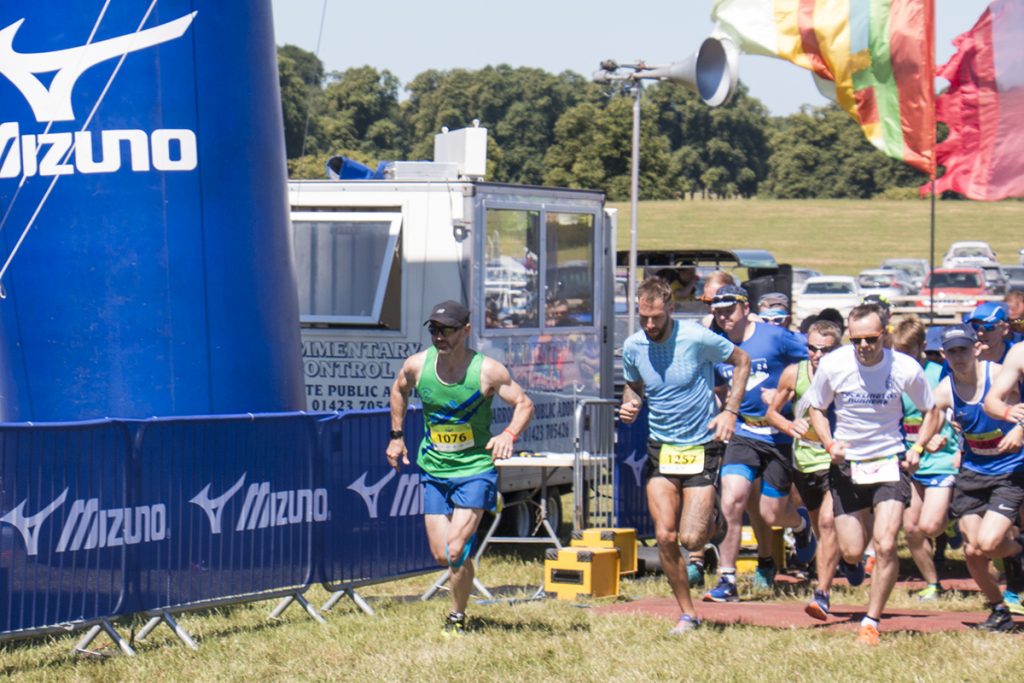 My final loop was around 11am before we joined arms for the celebratory team run through the finish.

Another 30 miles solid running under my belt, off precious little training, a huge amount of fun, new friends and signed-up of both Endures next year.

For comparison my lap times were as follows (in both cases saving just enough breath to mutter encouragement to pretty much everyone on every lap):