By Sev Konieczny May 18

A favourite in the race calendar, the Westminster mile traditionally takes place the Sunday prior to the London Vitaly 10,000, another highly rated event by the RRR.

This year, a group of RRR made up part of the 8048 finishers of what is now the biggest ever timed mile  event in the world. From 9.30am to 3pm successive waves of aspiring athletes started on the Mall, passed Horse Guards, followed St James’ park to Birdcage walk to finish in front of Buckingham Palace.

The well established event now in its 5th year is far more than an epic distance in an iconic location, it is an opportunity to enjoy a great (family) day out, test fitness , mix with the greatest, have a go, witness new generations running their heart out and above all feel totally inspired.

Rumour had it that Mo Farah will be running in the family wave. Sadly he wasn’t in Stewart Wing’s one. It didn’t dampen Stewart’s spirits as he added yet another PB to his impressive collection of late, securing his nickname of PB king.

His Queen, Helen Dixon, chose a later wave to race a speedy sub 8.30 ( PB of course!). She was accompanied by Rachel Allaway, a Westminster mile first timer who was delighted by her faster-than-she-thought performance and Hannah McPhee.  Hannah was interviewed by the one and only Mo Farah at the start line. Vlm and weather chat as well as his words of encouragement were a great help in locating her running mojo. 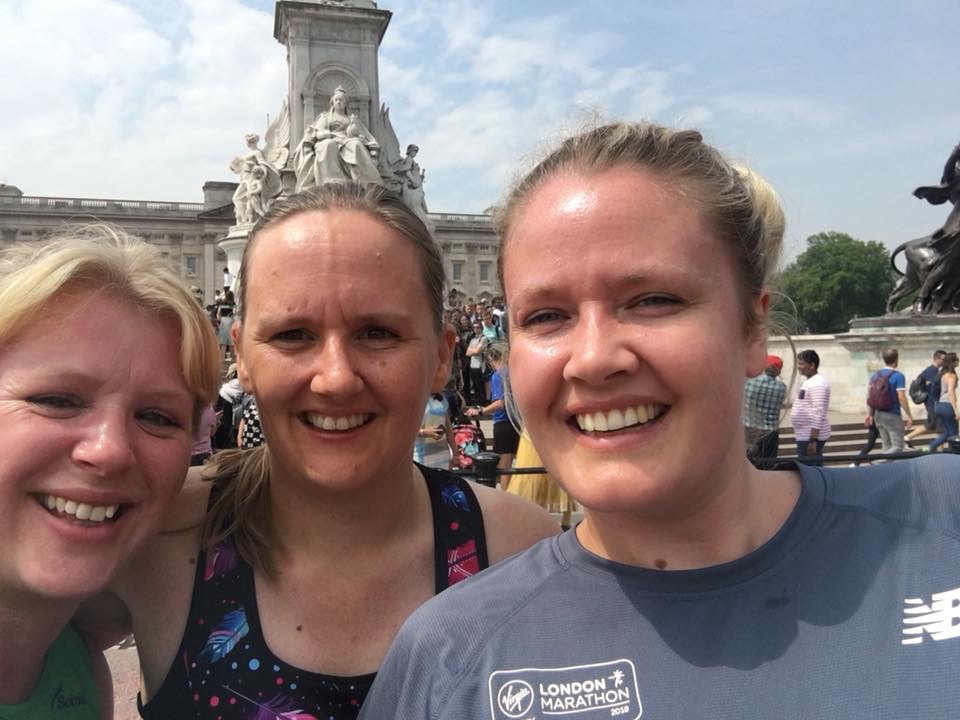 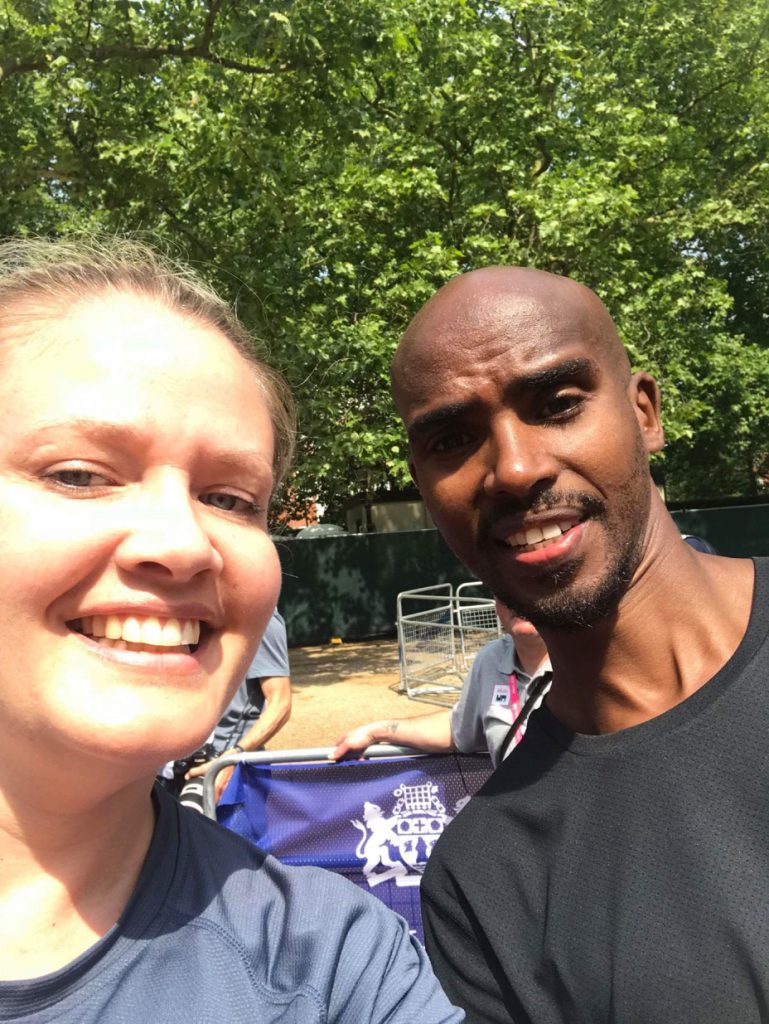 Seb Coe sent off the rest of us in the parkrun wave.

Kerri French raced to her target, fantastic sub10 achieved in what she described as “an amazing organised event” 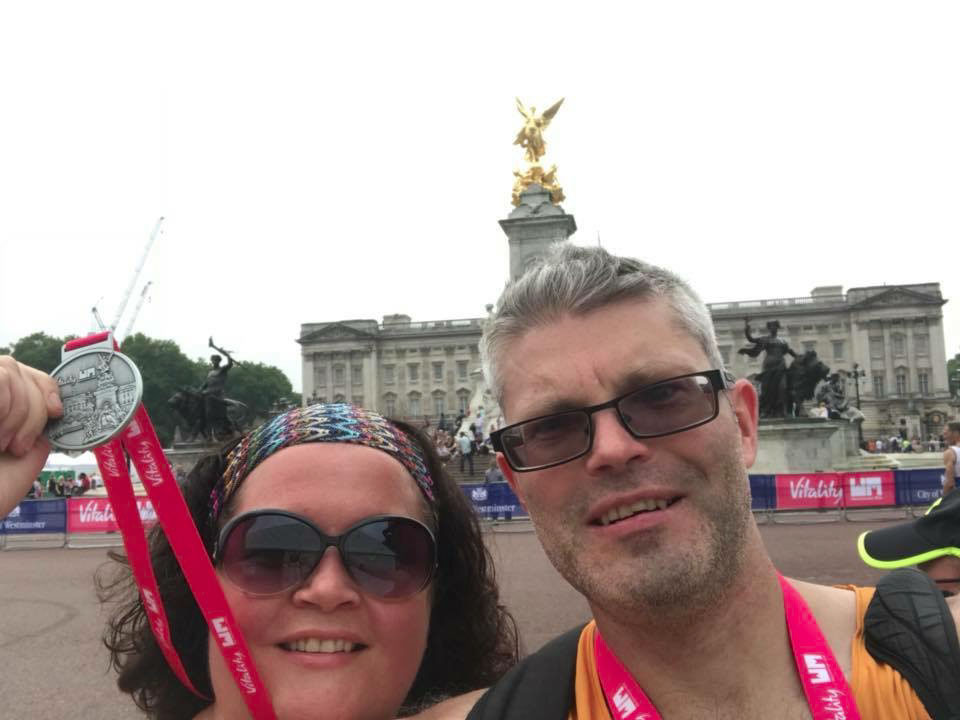 Liz Atkinson used the mile as a warm up for the 10,000 the following day. 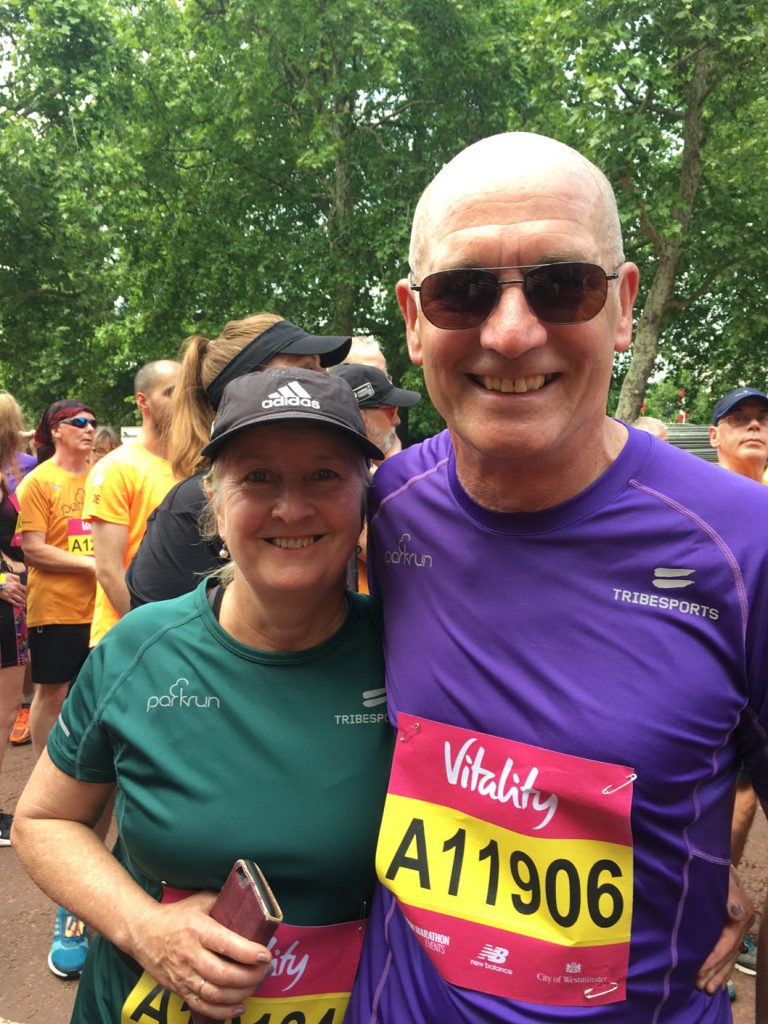 I visualised the track at Palmer park every 400 meters. Sadly the voice of Tony Canning wasn’t loud enough in my head to take me to a sub9 .  Sporadic attendance at the Friday speed sessions had a slowing effect on the day as well as splinters and cuts under foot result of being stranded on Black Swan Lake in windy conditions the day before.

Moral of the story : more regular Friday training sessions at palmer park and less paddle boarding on the eve of the race for me as next year target is set. 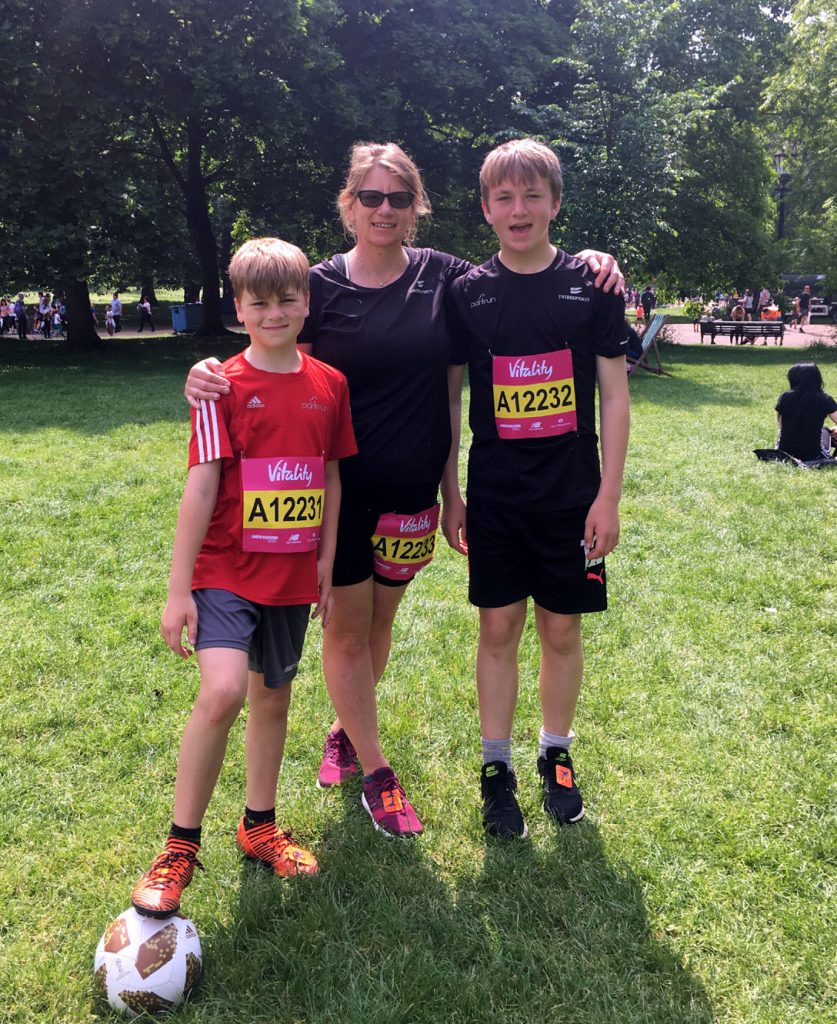 Pollen was high this year making the race conditions quite tough. Andy Atkinson missed out on a sub7 and got beaten by Teresa Caswell ( of Reading parkrun) and Sam Whalley. Both parkrun EDs were determined to improve on their last year’s time with Sam reflecting afterwards “ I knew I would struggle to get close to last year’s time because I do not have a marathon behind me. When I saw my time was so close to 7, I wished I had had Peter Reilly breathing down my neck, as that might have made me go faster” 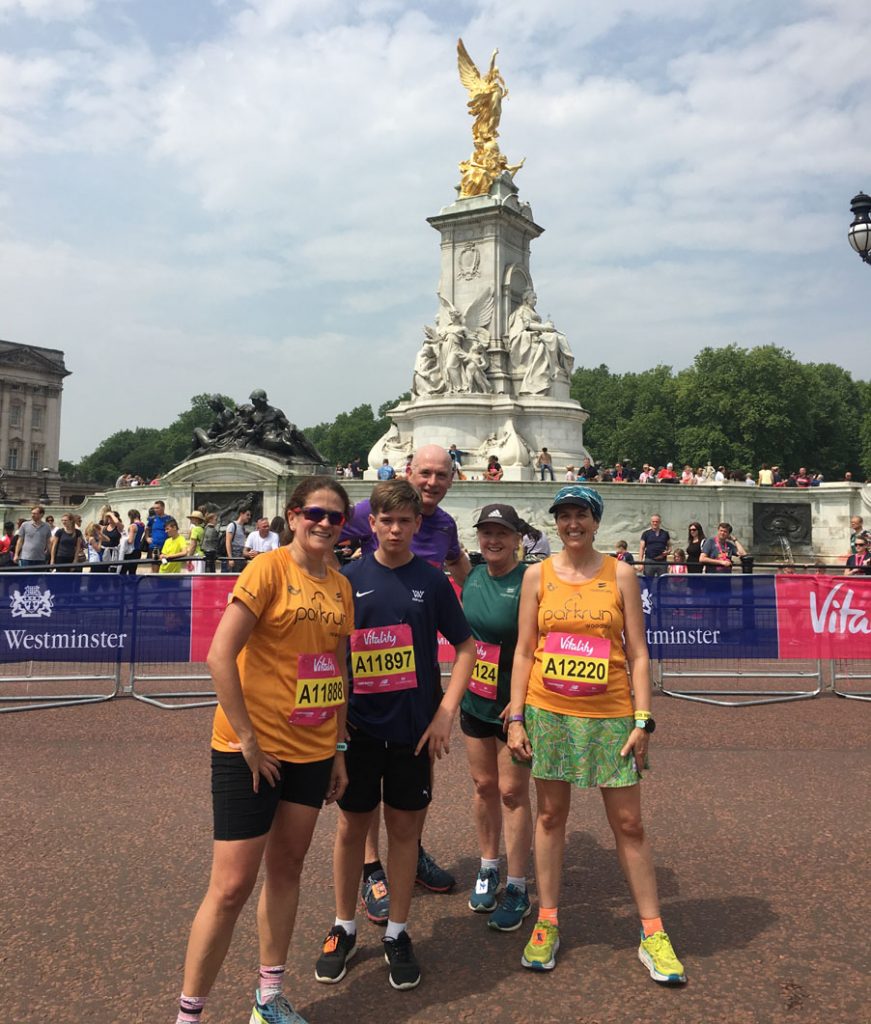 Regardless of the distance, when wearing a bib, race mode is on !

All of us embraced the day to the full and we hope more Roadrunners will join in next year for this uniquely inspiring experience.

All good practice for our club track mile! 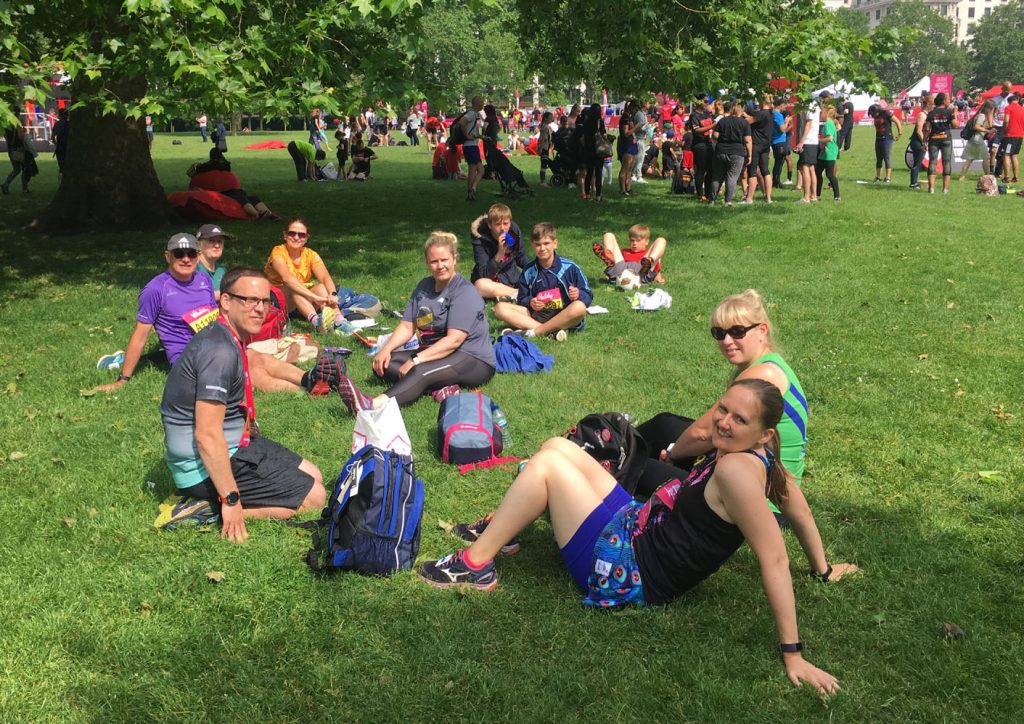