Summer Relays Are Back!

Alternatively entry can be made via WebCollect here 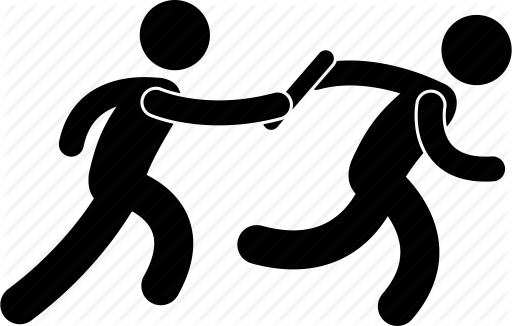 Charity Coordinator Vroni would like to thank all who nominated them 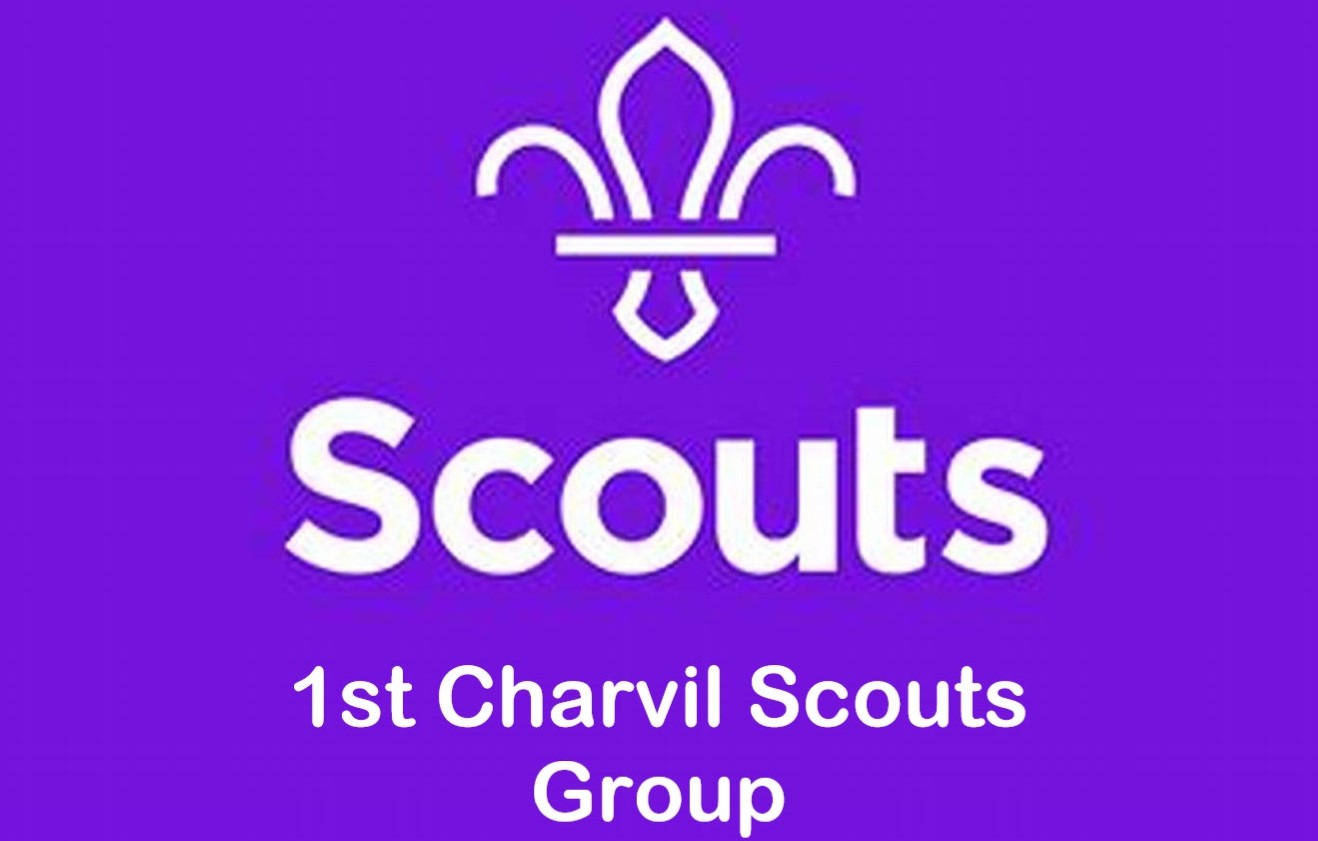 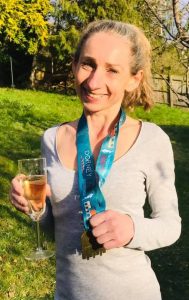 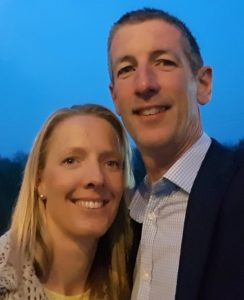 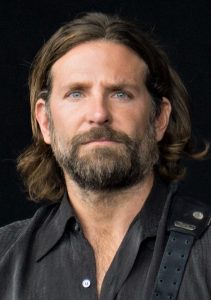 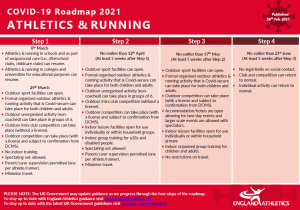 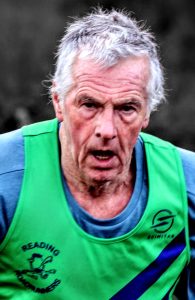 In the competition for those aged 35 or over, M75 Eddie finished fourth in the 75-84 age category, with a 77 per cent age-graded time of 7 minutes and 19 seconds.

A 4:40-miler back in the 80s, Eddie was still pretty pleased with his time, having shielded for many months, and not having done any speed work since the track first closed a year ago, maintaining his fitness initially with many miles on a Wattbike.

He waited with bated breath though, to find out if he would make the top three, with the top runner also listed as an M65, for team purposes.

The event attracted over 1200 masters athletes from around the country, and 24 Roadrunners, who were led home by M40 Mark Worringham in a speedy 4:50 (83% age grade). 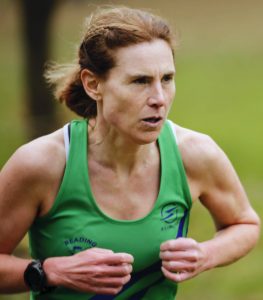 The fastest female Roadrunner, though, was W35 Jane Copland, whose 5:48 earned her ninth place in her age category. 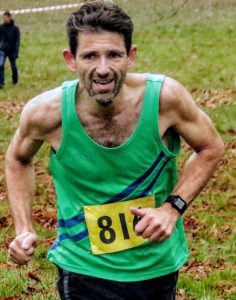 Well done to everyone who took part.

Here are the team scores:

Here’s all the Roadrunners’ positions: 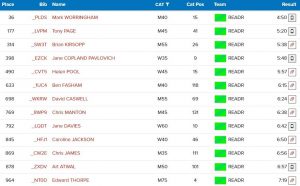 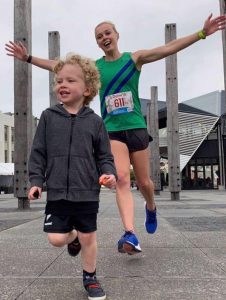 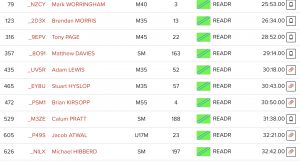 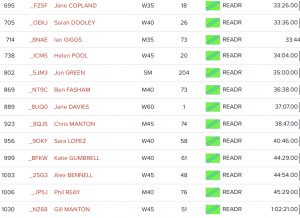 SOME fantastic performances in round one of the England Athletics Virtual Road Relays meant Reading Roadrunners have clinched a place in next month’s National Round, writes Sam Whalley.

The competition, which required entrants to run a five-mile road leg, was initially scheduled to take place from Boxing Day to  January 10th but was extended to January 13th to allow more time for those clubs whose local areas had been affected by adverse weather conditions to participate.

Club members aged 15 and over were invited to enter, and asked to run either out-and-back courses or lapped courses of no less than 1km per lap. Track laps were not permitted, and competitors were reminded to comply fully with government guidelines regarding exercise.

Team numbers were uncapped, and scoring teams were made up of the fastest four men and four women from each club, with the top 50 teams to progress to round two. With a total time of 4hrs 5mins and 51secs our eight scorers bagged a provisional 47th place in a competition which attracted 128 teams.

As usual the standard was exceptionally high, with the fastest times overall being 23:57 for the men and 27:36 for the women.

21 Roadrunners – 12 men and 9 women – rose to the challenge during the competition period. 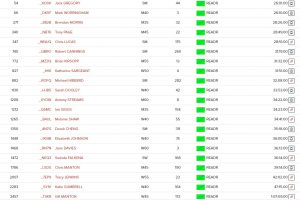 Other notable performances were recorded by Rob Cannings (31:19) — a brave competitive comeback after he was hospitalised during the first wave of Covid — and Jane Davies (36:13), who was third FV60. Jane, Katherine and Mark all achieved an age grading of 87 per cent for their performances.

Racing solo is no easy task, so well done to everyone who took part.

Here’s confirmation of the results, which means we can now prepare for the National Round, which will take place between and February 10th and 15th: 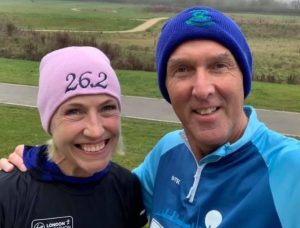 Aimed at getting masters athletes (those aged 35 or over) back into action after Christmas, the challenge required entrants to run one or more circular or out-and-back road loops totalling 10k, or a full 25 laps of a track.

The standard was predictably high, with the fastest man running 30:59, and the fastest woman 37:26. 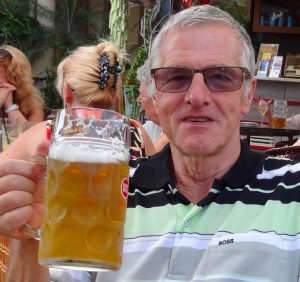 Also triumphant in their five-year age categories were Brian Kirsopp (MV55) with 38:06, and Eddie Thorpe (MV75) with 52:52. Eddie is pictured, right, enjoying a well-deserved pint.

There were reports of (unofficial) PBs across the club, including Becky Mellor running her first 10k, and Andrew Small beating his previous MV70 time by seven minutes, so well done and thank you to all of those who took part.

For those aged 15 and over, EA is currently hosting a virtual five-mile road relay, with four men and four women to score for each team. The deadline is January 10th, and full details are here: https://data.opentrack.run/en-gb/x/2020/GBR/earr/