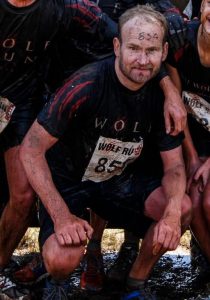 I moved to Reading from Newcastle almost 20 years ago and it’s the place I now call home. Having first joined Reading Roadrunners in 2010 it’s an honour for me to now be Men’s Team Captain.

As a schoolboy I competed in the County Championships at 100m, 200m and Long Jump, however, my true love is being outdoors on an adventure. I enjoy cross-country and being out on the trails. My favourite distances are marathons and ultras. I’ve completed over 50 marathons and a number of Ultras including the 2016 Marathon des Sables, Comrades Up and Down runs.

I’m currently training for the New York and Florence marathons in November 2018 and working to ensure Reading Roadrunners are well represented, inclusive and competitive in every race we enter.

After a successful start to 2018 in which the club won The Hampshire XC League (vets), the Ridgway Relay and the Runnymede Relays, I’m excited for the Autumn season beginning with the South of England Athletic Association (SEAA) Road and XC Relays, followed by 2018/19 Hampshire and Thames Valley Cross Country Leagues.

We’re a fun running club and have the right blend of talent to compete strongly in the Championship events as well as a fantastic facility at Palmer Park with a good coaching and social set-up to develop and encourage members of all abilities.

If you’d like to provide me with some feedback or have an idea then please contact me. You can ask me anything: teamcaptains@readingroadrunners.org 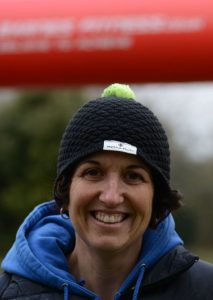 I have been a member of Reading Roadrunners since 2015. I had barely ever exercised before I moved to Reading from London in 2006, then found that living near a lake and so many parks made it so much easier to get out there and run!

I trained for a few 10ks, and ran my first half marathon in 2010. Then the combination of a dodgy knee and teacher training workload meant that I put running on the back burner for a while (I can’t imagine doing that now!). My interest in running was rekindled when David Walliams swam the Thames. I was so inspired that I entered my whole family into the Sport Relief Mile, and we trained together.

On race day, my husband and I realised that our children (twin girls aged 9, and a boy of 12) were actually really good at running (we could barely keep up), and it grew from there. As a family, we became regulars at Woodley parkrun, where I am now the Event Director, and were motivated to enter more and more races.

I met many people who were Reading Roadrunners, and was intrigued by the camaraderie of the green vests, and secretly envious of the support they always received in races. I joined just after my first marathon (I got a ballot place for London on my first attempt – result!), and have never looked back.

As captain of the ladies’ team, I aim to encourage as many female members as possible to have a go at representing the club at new distances and events – mud, hills, camping and all; I look forward to running with you!

Both of our Team Captains can be contacted on teamcaptains@readingroadrunners.org