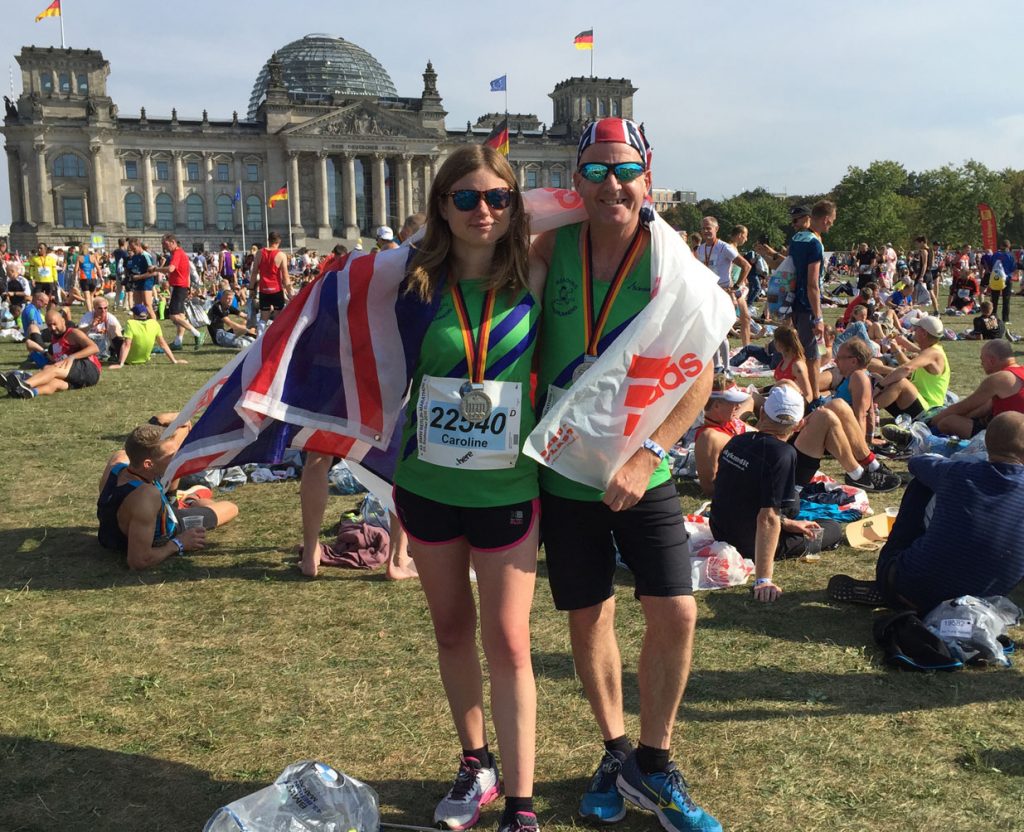 I’ve lived in Reading since 2001 but originate from Liverpool.

I work full time in IT and always interested in new technologies & projects hence one of the reasons I’ve upgraded the website.

I never in a million years thought I’d be a runner but look were I am now. I’ve recently completed 100 marathons since Oct 2011 with the majority taking place the last few years.

I was never very sporty but always been an active person I guess. My sports were limited to scuba diving holidays which I enjoyed.

At school I used to run a lot but lost interest after that. Roll on to 2010 and thorough dieting and exercise I’d managed to lose 3 stone as wasn’t very happy with my weight before then. The problem I had was how to sustain the weight loss. I had a friend who was a runner who suggested I try a walk run strategy and build up to a mile (a mile can you believe it?) I was reluctant as always viewed runners as boring fitness freaks (yes I was 100% wrong I admit).
A mile was quickly reached and soon that mile became three and then six. I was hooked but just out three times a week trying to get faster, endurance had yet to cross my mind.

I was getting bored with short distances so decided to enter the Wokingham Half Marathon which motivated me to increase my training. I ran the race and loved it, I was also convinced I could beat my own 1:47 time so what do I do? Yes I entered the Reading Half Marathon and managed smash my time. I was well and truly hooked.

It was during the half marathons I noticed the green vests. I admit I’d thought about joining Reading Roadrunners a few months previous but I imagined the club would be full of elite runners who would make me look like an idiot. Noticing how friendly they all were during the races convinced me to join, also I wanted to improve so it seemed like the ideal move.

I was made feel so welcome and one of the first members I got friendly with was Dean Allaway. He had just started running marathons and used to chat about how good it was. It was then I decided I would train for one. I did and eventually ran my first Liverpool marathon in October 2011 doing it in 3:33. I really enjoyed it and somehow preferred the distance to other races I’d ran. It wasn’t long until I was off to Rome Marathon along with Dean & Martin Bush. Meeting Bushy was fatal as he was already convincing me to do about another twenty even then.

Rome had a massive impact on me. I realised I’d found my niche in life. It just seemed to combine my love of travel & socialising with the running which I enjoyed. A bunch of us including Pete Morris now go away as often as possible travelling to events. My marathon total is now about 50/50 UK & Overseas and my PB is currently 3:20 achieved in London 2015. I’m always trying to improve so even though I run so many I’m still constantly training when not racing. I believe and always have in milking every moment in life so I enjoy the celebrations after the race as much (and quite often more) than the race itself.

It was during a UK marathon in 2015 I met my partner Caroline Jackson. She like myself loves marathons and shares my passion for running so we’re often abroad getting our fix when we’re not pounding the streets of Reading. She’s actually worse than me and often books races for us whilst my back is turned 🙂

Looking back now joining Reading Roadrunners it’s probably one of the best decisions I’ve made in my life as I’ve never come across a better set of positive forward thinking friendly people. It’s changed my life for the better completely. I really want to put something back into the club which is part of the reason I’m on the committee and look after the website.

I believe it’s our differences in the club which make it great. Members come from all walks of life and may have different opinions but once we’re running we’re all equal as we share the same passion.

If you have any questions or suggestions  or indeed any feedback then feel free to leave a comment below or contact me on webmaster@readingroadrunners.org
I can also be contacted direct on Twitter @TrailsurferUK  #Teamjackmon

If you’re interested in joining us overseas for a race then come and have a chat or visit our Runners on The Road page.